On October 18, we launched Air Display 2 for iOS. We’ve been working on this new edition for a long time, and we’re delighted to have finished it. 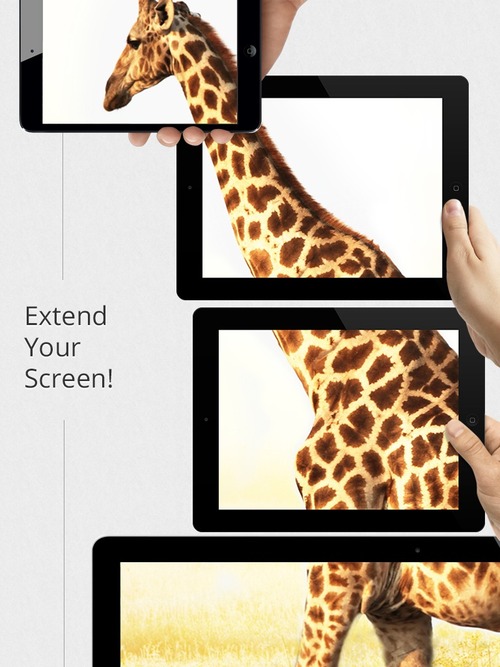 Air Display 2 lets you use a number of iPads as extra monitors for your computer. You can mirror your main display onto these extra monitors or you can extend your desktop to get more screen real estate. So far, our Mac video drivers support up to four devices, while the Windows drivers support only one. But we’re working on the multiple-client support in Windows now. Watch this space! (Subscribe to our Twitter feed if you want to be notified when we get the multi-client support in the Windows drivers.)

We’ve also completely redesigned the workflow in the computer host. The old interface was a sort of generic text-based menu. The new design is interactive and much more intuitive.

Maybe the most significant change in Air Display 2 is optimization. We’ve done a lot with OpenGL rendering to speed up rendering. We’re employing the CPU and GPU in parallel to get all of the performance we can out of the mobile device’s hardware.

(Geek Alert!) We’re stunned by the performance of Apple’s new A7 processor. The A7 features 64-bit processing and OpenGL ES 3. Until now, OpenGL ES 3 has been available only on the iPhone 5s. But in two days, the iPad Air and the iPad mini with Retina display will ship, sporting speedy new A7 processors and OpenGL ES 3. For Air Display, the primary new feature is OpenGL’s “tile-based deferred rendering.” This rendering optimization allows Air Display to render the screen much more efficiently. The result is beautifully smooth updates that let you forget that your second (or third) monitor is on a wireless iOS screen.

We decided to release Air Display 2 as a new app, rather than a free update to the existing Air Display app, for a number of reasons. A big one was that we needed to drop support for the first-generation iPad. Recent builds of Apple’s Xcode app development tool have made it very difficult to support both iOS 7 and iOS 5 in a single app. And since Apple dropped iPad 1 support in iOS 6 in September 2012, we needed to create a new app to take advantage of iOS 7’s awesomeness without forcing our engineers perform feats of intellectual contortion.

We hope you love Air Display 2 for iOS! If you do, please consider leaving a user review in the App Store.